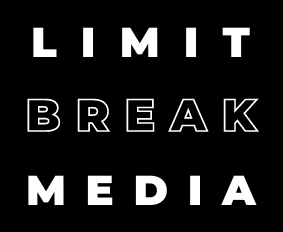 How media content affects our actions by affecting our brains.

Media has a powerful influence on your life, and it can either widen or limit your perspective on the world. You’ve probably realized by now that you’re affected by media content, whether you actively consume it or not. Just as we may choose to watch Netflix instead of going for a run in the park, we also have a choice about what kinds of media content we consume. This choice affects our brains mostly without us even realizing it, so it’s useful to understand how our brains are affected so we can make conscious decisions about which kinds of media impact us positively.

We gravitate toward addictive stories and sensations.

We are wired to pay attention to stories. Storytelling may be one of the oldest and most powerful tools we have for coping with our world. Stories are how we process the world around us, but they can also distract us from reality and cause us to make bad decisions.

We make decisions based on two things: information and stories. Information comes in many forms—facts, data points, statistics—but this article isn’t about that kind of information; it’s mostly about how humans process stories.

They’re so powerful that psychologists have found that people who experience trauma can benefit from engaging with stories written in first person by someone else who has been through a similar situation — because reading these accounts helps them better understand their own experiences and come up with coping mechanisms for dealing with similar situations in their own lives (thank you, Dr Brené Brown).

Attention is the most valuable resource.

Attention is a limited resource. It’s the only resource that we can’t make more of, but it’s also incredibly valuable. Why? Everything in your brain—the decisions you make, the thoughts you have and the actions you take—all rely on attention.

Because attention is so important to our daily lives, we need to understand how it works if we’re going to be able to improve our ability to focus on what matters most.

Our brains are affected by media content, and it’s useful to understand how that works in order to make better decisions.

It’s important to understand how our brains are affected by media content, and that understanding can help us make better decisions about what we choose to watch.

Media is everywhere, and it’s easy to get bombarded by images and messages from all directions. It’s tempting to just tune out or unplug altogether, but it’s not always possible or practical. So instead of ignoring the barrage of media stimuli that surrounds us every day, let’s try looking at this information with a critical eye: what does it mean for our lives?

One way you can do this is by examining some of the ways that your brain responds when exposed to media content—what happens differently in your brain when you’re watching something sad versus something funny? How does your opinion change after viewing an ad?

Social media has a negative impact on our mental health.

Social media has a huge impact on our mental health, for better or worse.

Social media is a great way to stay in touch with friends and family, but it can also make people feel depressed, anxious, and lonely. Social media users are often flooded with positive images of other people’s lives—and that can be tough to deal with when your own life doesn’t seem so perfect.

Subconscious biases and prejudices can be changed by seeing positive examples in the media.

It’s a fact that media content can change the way we think. This is because our brain has two different ways of receiving information: conscious and subconscious. Conscious processing happens when we’re aware of what’s going on, but subconscious processing happens without our knowledge. It’s the part of your brain that decides how handsome a face is or how trustworthy someone’s voice sounds—it makes snap judgments about things like that all the time, even though it doesn’t let us know it’s doing so until later.

Some examples of subconscious bias are ageism (thinking older people are less capable than young ones), gender discrimination (assuming men are better at x than women), and racial prejudice (seeing other races as criminals). These biases can be harmful because they lead us to judge people unfairly based on their appearance rather than their actions or words; this leads to unfair treatment for innocent people and even violent acts against them!

Fortunately, there’s a way around these prejudices: positive examples in media can help us see positive images instead of negative ones in ourselves—and then we’ll be more likely not only to treat others better but also ourselves too!

It’s time to take a hard look at the media we consume. It’s not just affecting our minds, it’s also affecting the minds of others. We’ve learned that it affects our brain chemistry and can lead us to make bad decisions. It’s been shown that it also affects people who see it or hear about from others, even if they’re not directly exposed themselves. We need more positive stories being told in order to help change how we think about things like gender roles, race relations, and other social issues so that everyone can feel included.